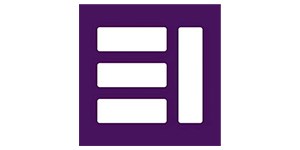 Emirates Islamic DFM: EIB, part of Emirates NBD Group, is one of the fastest growing banks in the UAE. Established in 2004 as Emirates Islamic Bank, the bank has established itself as a major player in the highly competitive financial services sector in the UAE. Emirates Islamic offers a comprehensive range of Shari’a-compliant products and services across the Personal, Business and Corporate banking spectrum with a network of 41 branches and 177 ATMs/CDMs across the UAE. In the fast-growing area of online and mobile banking, the bank is an innovator, being the first Islamic bank in the UAE to launch a mobile banking app and offer Apple Pay, as well as being the first Islamic bank in the world to launch Chat Banking services for customers via WhatsApp. Emirates Islamic has consistently received local and international awards, in recognition of its strong record of performance and innovation in banking. The Bank won international acclaim as the ‘Most Innovative Islamic Bank’ at the Islamic Finance Awards 2020 by World Finance, in addition to being named the ‘Best Islamic Bank, UAE’. The Bank was also awarded the title of ‘Most Innovative Islamic Bank’ by Islamic Finance News and ‘Islamic Bank of the Year – UAE 2020’ by The Banker. Additionally, New York-based Global Finance magazine recognised Emirates Islamic as the ‘Best Islamic Financial Institution, UAE’ for a second year in a row on its list of the ‘World’s Best Islamic Financial Institutions’. As part of its commitment to the UAE community, the Emirates Islamic Charity Fund provides financial aid to those in need, with a focus on food, shelter, health, education and social welfare contributions. For further information please visit www.emiratesislamic.ae